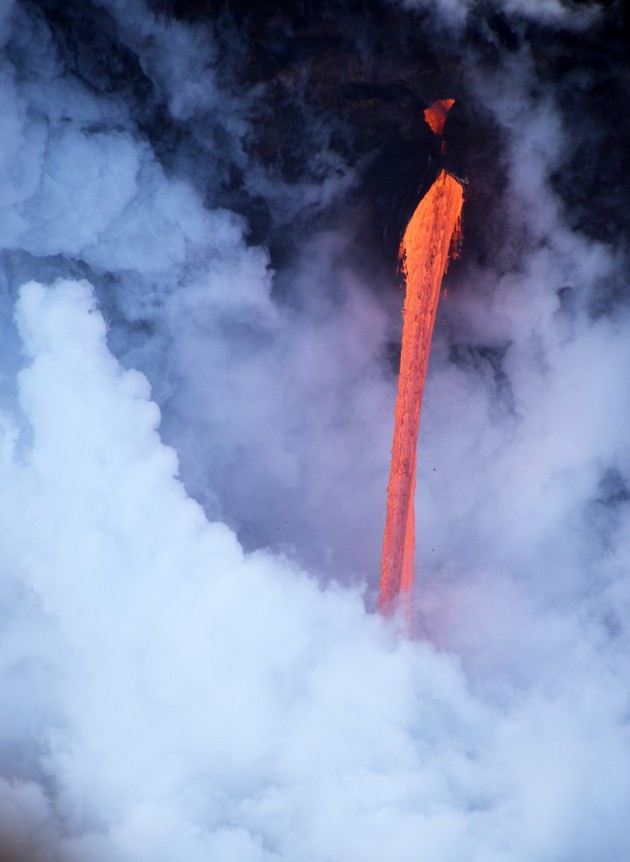 At the southern end of Hawaii’s Big Island, I’m standing on a cliff and watching the newest part of the world being made. Half a mile away, a torrent of lava bursts through the basalt of the island’s edge and pours into the turquoise Pacific. The spout of liquid rock has been shooting into the water day and night for weeks, half-shrouded by a thick cloud of smoke and sulfur dioxide. When the lava hits the ocean’s surface, rocks swept up in the flow explode like fireworks, shooting sharp fragments through the air. Read more at The Atlantic.