Jack is back! He recently re-read one of his favorite fantasy series, and wanted to share his thoughts on the trilogy as a whole. Enjoy! 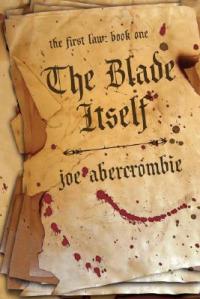 Joe Abercrombie’s inaugural work was The Blade Itself in 2006. He followed this up with Before They Are Hanged in 2007 and Last Argument of Kings in 2008. The three books form the First Law Trilogy.

This fantasy series features a motley crew of colorful characters:

All of the action is set across the backdrop of a war between civilized Adua (reminiscent of Medieval Europe, or possibly just England); Bethod, the new King of the Northmen; and the Gurkish Empire, who have shades of the Ottomans.

The setting and the characters seem to reek of fantasy clichés. You may be thinking, “A torturer, a barbarian, an overstuffed nobleman, a warrior woman and a wise old magician? Do they go on a quest or something?! [They do.] Do they meet some kooky characters along the way? Do they all learn something about themselves and humanity before they overcome the odds to defeat evil?” [No comment.]

Believe me, this is all intentional. The book is like a modern reflection of fantasy, where our own understanding of the tropes and assumptions of the genre are used against us. If you are a fan of the works of J.R.R. Tolkien, Robert Jordan, and George R.R. Martin, then you will see echoes of all three. But don’t think that extensive knowledge of fantasy is needed to appreciate these books. 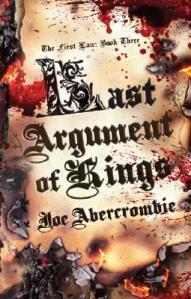 The strength of the series lies in Abercrombie’s ability to subvert expectations. The series appears to be a simple superficial romp. But at the same time, there is plenty going on in the background; when you finally see all that is going on behind the curtain you will have to wonder what you were thinking initially.

And the series is fun—Abercrombie’s story has good pacing and the action sequences are excellent. The book finds a great balance of things to challenge the reader, like historical allegory and social commentary, along with more standard fantasy fare to keep the narrative from getting bogged down. The final book ties it all together for a finish that is both climactic and unexpected.

These are Abercrombie’s first books, and while it is an impressive achievement, the prose can be rather amateurish at times, particularly in the first two books. Given the progress he shows by book three, I look forward to seeing if he can continue refining his craft in subsequent efforts.

The series improves as it goes along, and the final installment is full of exciting twists and turns. I would recommend this to anyone who is interested in fantasy, or who might want to read something a little different.