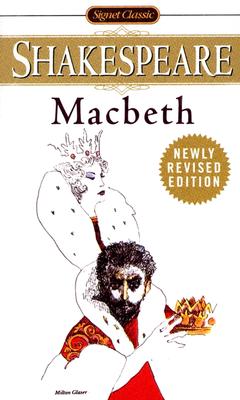 Macbeth and Banquo, two Scottish generals, have defeated Norway and Ireland on the battlefield. As Macbeth and Banquo stroll together, discussing their valiant war efforts, three witches appear to them. The first witch calls Macbeth by his current title, Thane of Glamis—no big surprise there. But the second also calls him Thane of Cawdor, a promotion that is confirmed later in the scene, and the third predicts that he will “be King hereafter.”

Macbeth isn’t the only one with a bright future. The witches tell Banquo that he will father a line of kings, though he himself will not be one.

Macbeth, in his excitement of the fulfillment of the first prophecy, writes to his wife about the witches’ other prediction. Lady Macbeth, ever the gracious hostess, immediately decides that Macbeth should kill Duncan, the king of Scotland, on his forthcoming visit to the Macbeths’ castle. Lady Macbeth is not one to trust her husband’s future to the hands of a few cackling witches.

Macbeth is less sure; is it really a prophecy if you have to kill someone? But wily Lady Macbeth soon persuades him that he is not a man if he won’t commit a little regicide, so he eventually caves. As she had planned, Lady Macbeth frames Duncan’s servants, fast asleep after a wild night of partying with her, by planting the bloody daggers on them and smearing blood on their faces. Gross.

The sons of the now-deceased King Duncan worry that they’ll be the next victims, so they decide to flee, one to England and the other to Ireland. They are the rightful heirs, but their choice to run away puts them under suspicion. Macbeth, dear Duncan’s next-nearest kinsman, assumes the throne.

But Macbeth is worried, and rightfully so. So far the witches’ prophecies have all come true, which unfortunately means that Banquo, not Macbeth, will establish a long line of regal sons. So Macbeth does what anyone in his position would do: he hires three men to kill Banquo. Unfortunately for Macbeth, Banquo’s son Fleance escapes, which was kind of what Macbeth wanted to avoid.

All of this murdering takes its toll on Macbeth and his wife. Banquo’s ghost begins haunting Macbeth, which is pretty embarrassing when no one else can see the ghost. Lady Macbeth begins sleepwalking, muttering about her guilt and trying to wash imaginary bloodstains from her hands. She poetically regrets their actions, saying,

Nought’s had, all’s spent,
Where our desire is got without content:
‘Tis safer to be that which we destroy
Than by destruction dwell in doubtful joy.

But even if Macbeth could still feel feelings, he has no time to grieve; a battle is brewing. Macduff, the Thane of Fife, has led an army to Macbeth’s door on behalf of Duncan’s son Malcolm. Macbeth isn’t worried; he boasts that he has no reason to fear Macduff, for he cannot be killed by any man born of woman. But Macduff finds the loophole, saying that he was delivered by way of a C-section. He then beheads Macbeth, and Malcolm is crowned the rightful king of Scotland.

Sorry for the spoiler, but you can see that ending coming from miles away.

Jack and I read Macbeth at the same time, even reading aloud the more difficult passages. While it was fun to read and act out a play together, perhaps we chose the wrong work; neither of us particularly liked this one.

The entire play seemed very disjointed, like there was a scene or even an act missing. This is one of Shakespeare’s shortest plays, and it was published after his death, so it stands to reason that perhaps it was unfinished.

Jack and I were both confused by the ending, when Malcolm, rather than Banquo’s son Fleance, is crowned. The question then arose of whether the witches really were prophets, or whether they were just playing with Macbeth’s head. But there is nothing more in the text to support this theory, and it is partially crippled by the fact that some of the witches’ predictions did come true, such as Macbeth’s ultimate defeat by a man not born of a woman.

Macbeth and his wife aren’t very convincing characters; at no point did I feel any sympathy for them, and their motivations seem predictable and flimsy. Both change throughout the play, but neither for the better.

Macbeth morphs from a brave and honorable warrior to an unrepentant murderer. Though his wife seems cruel and manipulative at the beginning, I admired the strength of her villainy. But by the end, she had totally fallen apart.

Furthermore, Macduff and Banquo play very similar roles; Jack made the point that they would have been more effective as one combined character.

Though Macbeth does have some very quotable lines—such as the Three Witches’ infamous “Double, double, toil and trouble; / Fire burn and cauldron bubble”—it made for a confusing and rather unsatisfying read. I would only recommend this to the Shakespeare fans who want to grasp the full range of the bard’s oeuvre. 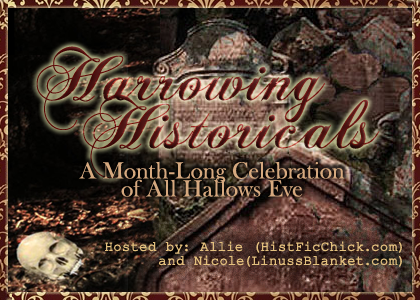